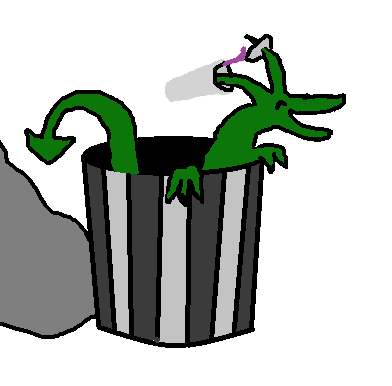 Welcome to Cow News, From a Dragon's Perspective

Naturally, this is where we view cows through a biased lense of a dragon's eyes, whom views cows as nothing but a food source. Then we post our subjective beliefs here as absolute truth and obliterate anyone who has a different opinion! Yay!

Here we will indoctr - educa.. tea.. nevermind, those words all mean the same things these days! Here we will indoctrinate you through communist and tyranncal means to believe the opposite of what is true, while at the same time accusing you of doing what we ourselves have been doing for decades. Then we will take your calfs away under the phrase "It's for their own good" and open their young minds and spill in the ideology that we pretend to hate and scorn you for having when you really don't, and then return them to the herds to be a useful idiot for us.

Some of our teachings goes as follows: Notice how we used a blue background here? This is because blue has been protrayed as a neutral color between races in science fiction and cow culture for the longest time. Remember the blue cows from Cavatar? We couldn't make them white, that would be condoning the existence of white cows, and we can't have that! We couldn't make them brown either or any other biologically correct color, for that would make our indoctrination too obvious through the screen. (we don't really care how obvious it is anymore though) Thus it is blue, a color that no cow will ever be born.

Unless you believe in babe the blue ox.

Another example of why we are using a mostly blue background instead of white is because of our text color. Ever since the internet's beginning, white background and black text has been the normalty. This is incredibly racist, as it metaphorically drowns out black cows in a sea of white cows. It has absolutely nothing to do with being easier to read, and if it was, your eyes are racist! But they aren't clearly, because no one is putting your racist eyes in concentration camps...yet. Also, don't tell all the dumb collage cows that concentration camps doesn't mean a place where you do extra concentrating on your homework next to a fire roasting marshmellows. (Like what you should have been doing all the years you where in school previously.)

Aside from that there is nothing more to cows other then flapping down upon their pastures and roasting them for dinner. All living things must eat.. And they definatly won't be caught digging through the trash for food.